Everything You Need To Know About The Breed

The Goldendoodle originates from cross breeding a Golden Retriever and a Poodle. Known as a "Designer Breed" to many, they became popular in North America and various parts of the world in the 1990's because of their many desirable characteristics. Most Goldendoodles do not shed hair and therefore are perfect in a family setting, since the risk of allergies are greatly reduced. Their extremely playful, smart and trainable disposition adds a great degree of quality to the breed. 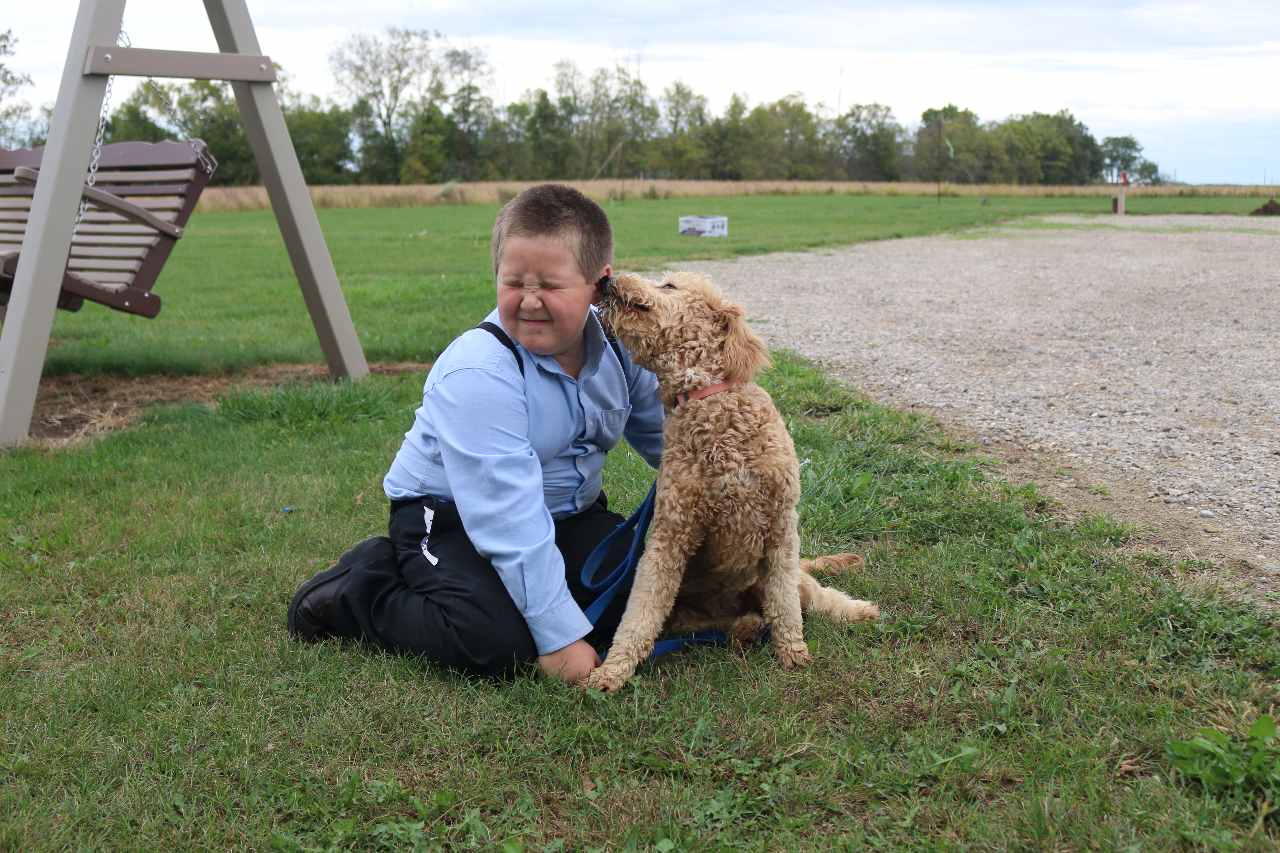 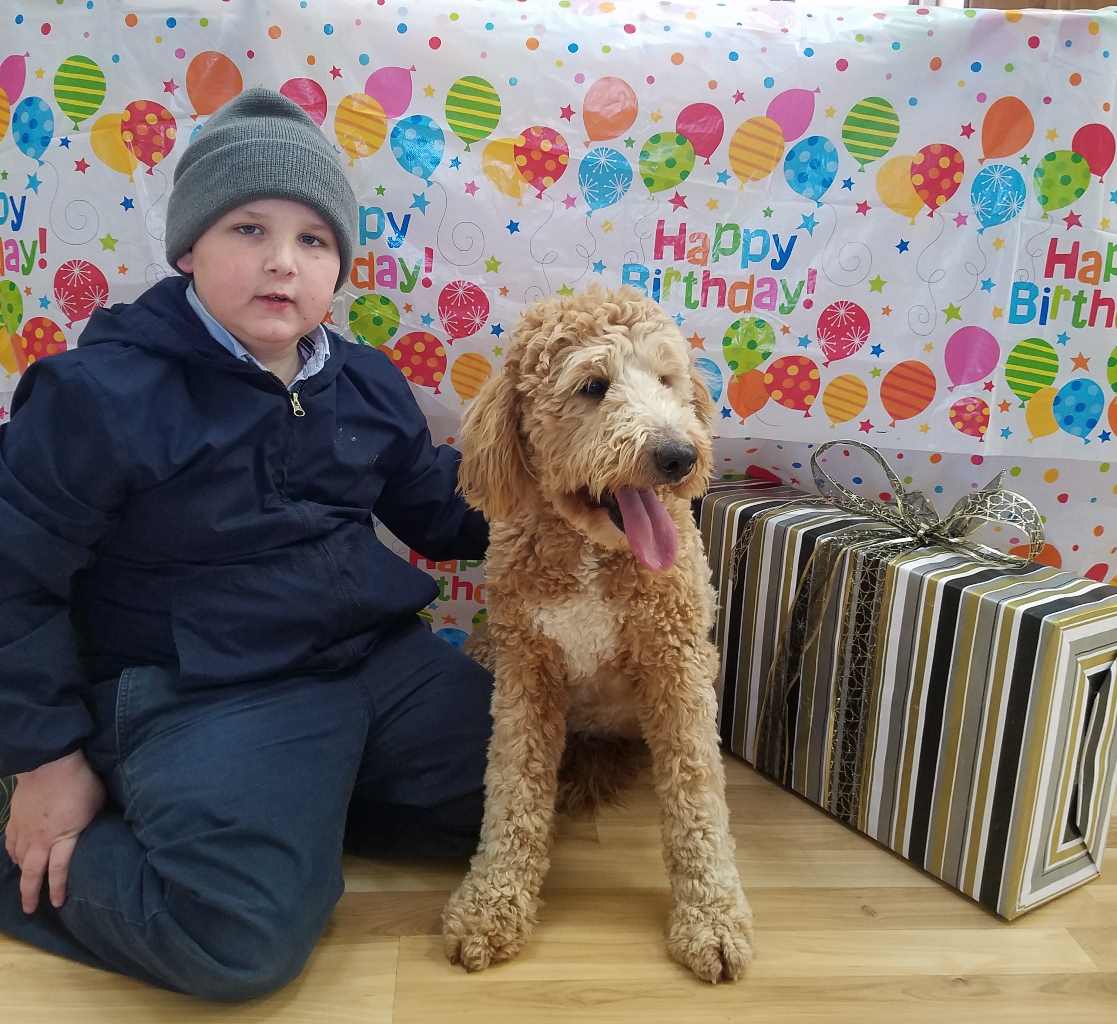 The Goldendoodle's hair coat generally ranges from a wavy curl to a slightly curled coat of fur. They shed a small amount of hair in some cases, but are non-shedding in most cases. This is very desirable and another reason the Goldendoodle makes such a great pet for indoors. Common coat colors include gray, black, red, cream, white, gold, cream and apricot. 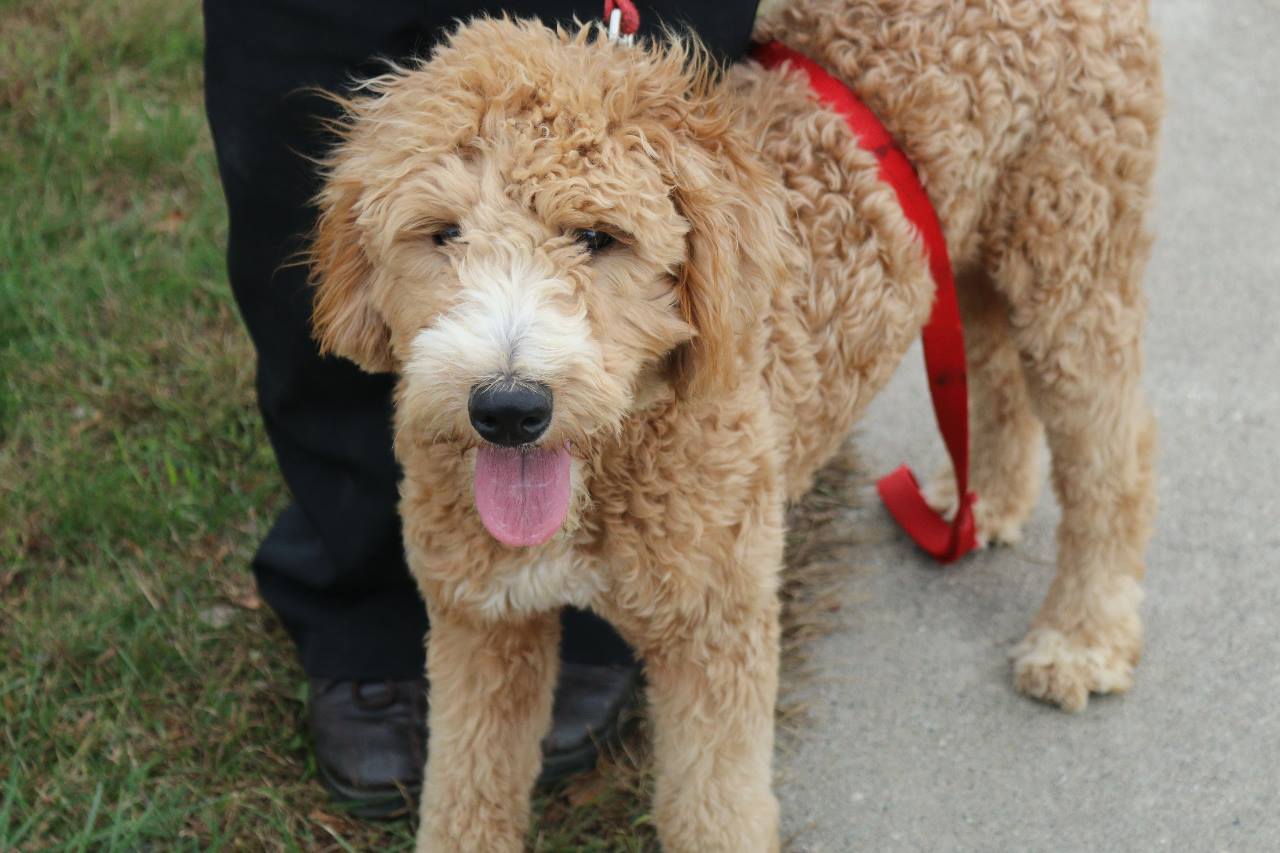 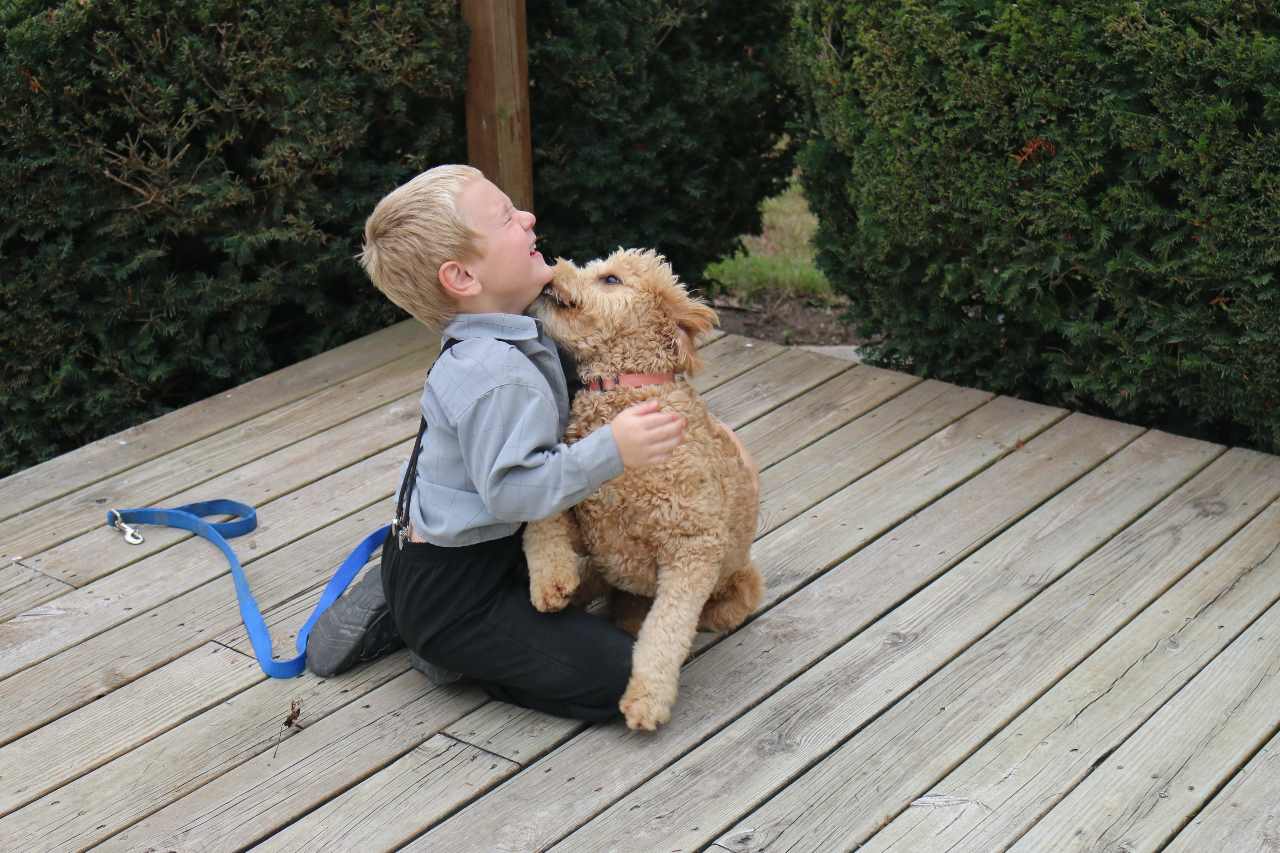 It is because of their playful and easy going temperament that the Goldendoodle makes a great family pet! As has been said many times, they are friends of everyone and strangers of no one! They will get along with anyone they meet, including other animals. With their fun loving personalities, the Goldendoodle makes an excellent therapy dog for the handicapped and disabled. They seem to thrive and be the happiest when they please their human counterparts with their cheery attitude and gentle spirit. Thanks to the emphasizing we do with socializing our puppies, we have yet to experience a Goldendoodle with a desire to be violent or prey upon other small animals. However, any animal can develop behavioral problems if neglected for long periods of time, so proper care of a Goldendoodle is essential.

The Goldendoodle is a very active dog with lots of energy. As with most people, sometimes energy just needs to be spent! The resulting romping around in the back yard, playful games of fetch with a ball, and of course good long walks are lots of fun for anyone. Safety should always be considered, so a large fenced in area should be a priority. And if there is water nearby, Goldendoodles LOVE water, so make sure you take them swimming often. A daily workout is not necessarily required, but your dog will be much more content and well behaved if it has a regular exercise schedule. 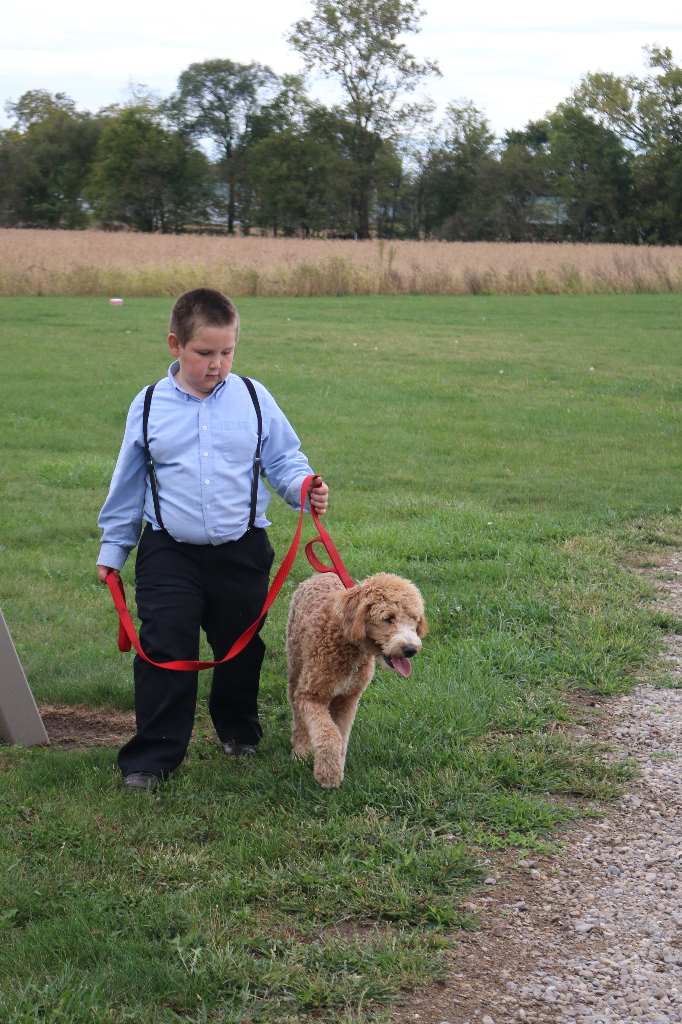